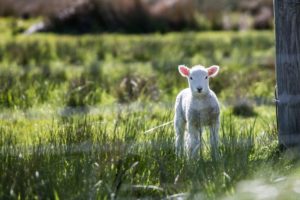 Hebrews 9:22 reminds us that there is no forgiveness of sins without the shedding of blood. The Old Testament is full of examples of the substitutionary sacrificial atonement for sins (Leviticus 8). All these examples paved, or foreshadowed the way to the atonement of Christ through His shed blood upon the cross. It is only through this blood that we are washed clean, or expiated of sin, both original sin, and that which we have committed (1 Peter 1:18-19). As a result, we are able to approach the Holy of Holies, and come into God’s presence having been considered righteous by His actions.

It is fundamental to understand that Christ was presented as the sinless Lamb by virgin birth (Luke 1:26-31), actually suffered a physical death (Matthew 27:45-50), and was resurrected victoriously from the grave (John 20:1-18). It is essential that there was agony that was involved in our redemption, the idea of penal substitution was actual and carried out in the death of Christ. He was a vicarious sacrifice who had born the sins of man. He did suffer; it was not an illusion. I affirm that the resurrection was bodily in nature, and demonstrated to the world that Christ had achieved victory over death on our behalf thus offsetting the damage which was done in the garden. As a result He had achieved victory for us, being the first fruits of resurrection so that we too can look forward to life eternal in our glorified bodies (1 Corinthians 15:20). Contrary to the position of Waldenstrom, the correct thought of the atonement affirmed in the denomination is that the atonement was vicarious, and substitutionary, it was not exemplary (Matthew 26:28; Revelation 12:10-11). All of the sins of the world were indeed placed upon Christ, and His death provided the only allowable payment to make us righteous; thus He became a propitiatory sacrifice for our sins (2 Corinthians 5:21).

Our acceptance of this act, our belief in His act is the only way to establish a relationship with the living God. No one comes to the Father but through Him (John 14:6). Christ lived a sinless life in complete and perfect obedience to the Father. It was this righteousness in addition to His intrinsic righteousness as the “Son of God” that qualified Him to die for those who could not lead such a righteous and holy existence (Romans 3:25; Hebrews 2:17).

It is only by this act of grace that we are justified. Justification is the state of being pronounced by God to be clean, or pure in His eyes (Romans 4:25). It is only by this act that we are declared acceptable of God’s mercy and blessings, not because of any work of our own (Ephesians 2:8-9). Though we still have our sinful nature, we are considered clean because the righteousness of Christ has been imputed to us. Justification is a legal term meaning that even though one may be actually guilty, he is considered not guilty. God allows the actions of Christ to account for our sinful nature, and thus, no one can bring charges against us (Romans 5:10). As we are brought into a right relationship with God through the work of Christ, we have salvation. This means we will not suffer eternal separation from God, but rather, we will be reconciled for all eternity with God. Romans 8:33 asserts that, God is the one who justifies, who is the one who condemns?Once we are justified, the Holy Spirit begins the process of sanctification, or working on those areas of our lives that need to be conformed to the image of Christ.