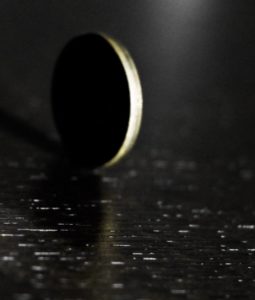 Buried deep within the pages of the letter to the Hebrews is a verse which is all too often overlooked in its significance…Yet, in its brevity, it describes the pastoral relationship between the shepherd and the sheep, the pastor and the congregants. At one extreme, it touches on pastoral authority, at the other, it affirms the sobering shepherding responsibility of the pastor.

The verse is Hebrews 13:17, “Obey your leaders and submit to them, for they keep watch over your souls as those who will give an account. Let them do this with joy and not with grief, for this would be unprofitable for you.”

Simply put, the sheep are to be submitting to the leadership because it is the role of the shepherd to move the sheep a little closer to the Chief Shepherd. If the sheep are to be agreeably led in that direction, they need to obey those who have been divinely appointed as under-shepherds over them. At some point, the sheep will be held accountable for their level of obedience to appointed godly and biblical leadership.

The reason given is that shepherds are to be sentinels of the souls of the flock; they are to guard the spiritual health of the sheep. God has placed servants, overseers in the position of watchmen. Along with that appointment, they have been entrusted or empowered with authority from God to perform this noble commission. They will be held to task as to what degree they were indeed faithful to guard that spiritual status. The exhortation “Let them do this with joy and not with grief, for this would be unprofitable for you” seems to be an understatement; this is a high appeal. If the sheep are so disagreeable, and incorrigible so as to neglect the counsel of the under-shepherds, it would indeed be “unprofitable,” monumentally unprofitable. I gather that means from an earthly perspective; that the sheep would greatly impede their own spiritual maturity.

Unfortunately, this is not the present status of the world and even the church in which we live. The word “submit” does not rest easily upon the independent nature of our souls. The modern-day church has often poorly navigated the dangerous waters of autonomy; choosing, at times, to become the self-appointed captains of their souls.

Not only are the shepherds to be obeyed, but the writer of Hebrews makes it clear that sheep are to follow the example of obedience which is demonstrated by those in authority. “Remember those who led you, who spoke the word of God to you; and considering the result of their conduct, imitate their faith” (Hebrews 13:7).

Now, the level of divinely granted authority does not vary according to the whims of people, however, I think it would be fair to say that pastoral authority has suffered regard in the past several years. Much of the time folks are looking for a pastoral presence for a couple of hours on Sunday, but not so much the rest of the week, and certainly not at the level that would invite a pastoral influence within the household.

The seat of authority upon which those who are called rests in the Bible, and entrustment has been vested in these leaders by divine decree or will, and vetted by leadership. However, objections to God’s appointed governance are not for want of biblical examples. The golden calf, the wilderness experience, Korah’s challenge to Moses (Numbers 16), the Northern Tribes of Israel, Judah and the Temple to name but a few. Not that those so appointed are perfect, but a rebellious spirit toward those divinely set, and affirmed in ministry is ultimately a rejection of that divine will.

On the reverse side, the position of shepherd is not intended to be a power-play over the congregation. Peter cautions, the leaders are to shepherd the flock, “nor yet as lording it over those allotted to your charge, but proving to be examples to the flock” (1 Peter 5:3). Again, this verse addresses the behavior of the sheep, and the accountability of the shepherds. Both are called to accountability. Accountability is the flip-side of authority.

“As those who will have to give an account.” Sober words. Surely, I myself will have to give some kind of account for the faithfulness I have exhibited over the sheep. Regarding some of the sheep, I will need to confess that I could have, and should have done a better job. Perhaps, the hardest confession I will have to make is that I failed to confront someone in the church who did not evidence true faith and tell them that I failed to see the presence of Christ in their lives – that I could not see the fruit of the Spirit, nor the fruit of repentance. And, there were many. Ugh! For others, those contentious ones, or those who refused to be led, I will plead that I did try, I truly did try to lead them to the truth, but they remained unwilling.

In the grand design of God’s plan, order and submission are part of the structure of the church. Everyone is in submission to someone else. Pastoral authority was never meant to be a myth, and in fact, it isn’t; it is a divinely given component of spiritual leadership within the church. Rather, it is a sacred position so conferred by the Holy Spirit Himself (Acts 20:28). Sadly, in great part, this authority is widely ignored, or dismissed by some sheep. This attitude makes it tough on the shepherds.

It is not simply a matter of reluctantly conceding leadership. It is not an issue of tolerating those whom God has placed over you. It is more than that; it is about the shepherds being truly esteemed for their efforts. “But we request of you, brethren, that you appreciate those who diligently labor among you, and have charge over you in the Lord and give you instruction, and that you esteem them very highly in love because of their work” (1 Thessalonians 5:12-13).

Most of us in a pastoral capacity have long-endured those who have sought to undermine our positions, and it is hard to bear. Whether we have the respect of many in the flock or not, we still have the same privilege: “We proclaim Him, admonishing every man and teaching every man with all wisdom, so that we may present every man complete in Christ. For this purpose also I labor, striving according to His power, which mightily works within me” (Colossians 1:28-29).

I’m good; I signed on for the long-haul.