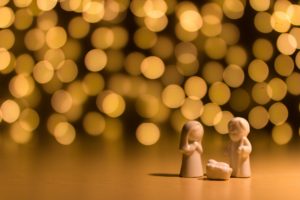 Upon arrival to the airport, I was informed that I would be doing well if my flight were to leave on time. It seemed that everything was quite a stir around the airport as it was expected that the president of the United States would be arriving shortly. There were the warnings that flights would be pushed, that no landings would be allowed for a time, and therefore, connections would be missed.

Outside of our terminal was an army cargo plane which had ferried the presidential vehicles in from D.C. Security was increased. A Helicopter was hovering about. People were nervous about the thought of being stuck on planes, yet there was expectancy in the air as everyone anticipated the arrival of Air Force One and its occupant. Eventually, the motorcade (some 24 vehicles in all) whisked the president and his entourage to those awaiting his appearance at some distant location. Word had it that he was going to a university to participate in a graduation ceremony, presumably as an esteemed speaker with an important message to deliver.

As crazy as that day was expecting the arrival of an earthly dignitary, I would imagine that on the surface, that first Noel in Bethlehem was just the opposite. Nothing major happening in Israel except people checking in with the census. We have this picture of shepherds hanging out watching their flocks. No Angry Birds, no iPads, no cable, cell phones, Sudoku or radio for them, just sheep, and perhaps a fire. Oh yeah, and God hadn’t spoken to Israel for 400 years. So it obviously terrified the shepherds when the angel announced in Luke 2:10, “Fear not, for behold, I bring you good news of great joy that will be for all the people” and proceeded to announce the advent of the Christ.

And yet this would arguably be the most important arrival in the realm of history, and the best news of all time. This was the long awaited for Messiah of the world, whose coming was announced in Genesis 3:15, “And I will put enmity, Between you (Satan) and the woman, And between your seed and her seed; He shall bruise you on the head, And you shall bruise him on the heel.”

God had declared this oath before Satan in the Garden. This was His assurance that someday, the effects of Satan’s deception would be canceled due to the Person of Jesus Christ, for those who believed. The verdict in the great courtroom of Eden had been rendered. For thousands of years, Satan went about his business, knowing the verdict had been issued, knowing the ax was poised above his head, ready to fall at the death and resurrection of Christ. “Good news to all men,” bad news for Satan. As quiet as it was in Bethlehem that night, it must have been raging in the spiritual realm.

Christ had appeared in the fullness of time to offset the consequences of sin by dealing a massive blow to Satan. Still, there was no entourage, no hype, no national fanfare to announce the coming of the long-expected Redeemer. And yet the message of Christ is the greatest message ever proclaimed on the face of the earth, or anywhere for that matter, that He would bring peace. Unfortunately, in the midst of a violent, and tumultuous world in which we live, His message is largely ignored. Mankind is complacent to live in chaos, and at war with the Creator.

Revelation 3:20 says, “Behold, I stand at the door and knock; if anyone hears My voice and opens the door, I will come in to him and will dine with him, and he with Me.” Jesus Christ has made His way into a hostile and dysfunctional world, dare I say into your hostile and dysfunctional world to bring you peace, to “dine” with you in the gentle context of fellowship. He desires to restore a broken relationship between you and the Father – a far better message to deliver than any political figure could ever do.

You don’t know how much time you really have, so make peace with Him today. As the song says, “Let every heart prepare Him room.”