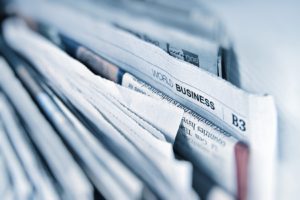 What is the best news you have ever received? Was it the fact that you got the job? Or what is a call from your realtor telling you the escrow closed? Was it him telling you that he wanted to spend the rest of his life with you? Or her communicating that she wanted to spend the rest of her life with you? Maybe it was when you found out you were pregnant, or when a doctor called to tell you that the surgery was a total success.

All of these are incredible pieces of news, but none of them even comes close to the great news that God had sent a Savior for our benefit. Luke 2: 10-11 says, “But the angel said to them, ‘Do not be afraid; for behold, I bring you good news of great joy which will be for all the people; for today in the city of David there has been born for you a Savior, who is Christ the Lord.’”  The pinnacle of all redemptive history is when God sent His Son into the world to save fallen man. It is what is called the Incarnation – when God took on flesh. That is good news!

John 1:14 describes this crescendo of God’s redemption. “And the Word became flesh, and dwelt among us, and we saw His glory, glory as of the only begotten from the Father, full of grace and truth.”  God took on the nature of humanity in the Second Person of the Trinity. God became personally, and physically invested in His creation in order to save it. The Eternal God had become strategically and implanted in the womb of redemptive history. That is really good news!

That seems rather complicated you may say, why would God go through this effort? Galatians 4:4-5 tells us, “But when the fullness of the time came, God sent forth His Son, born of a woman, born under the Law, so that He might redeem those who were under the Law, that we might receive the adoption as sons.”

The reason God did it this way is that He knew we were all “goners” under the Law. There is nothing we could do on our own merits to save ourselves. But the bigger reason that He did it is that He wanted to re-establish a relationship with His creation – a relationship which had been severed in the Garden when mankind sinned. What better news is there than to understand that the God of the universe wants a personal relationship with us?

The God who created you wants to know you, wants to walk with you, and wants to spend eternity with YOU. I don’t know about you, but news just doesn’t get any better than that!

What we remember and celebrate this season is God’s plan to do just that in the Incarnation: the sending of His Son, and of course allowing His Son to be offered upon the cross as a real sacrifice for our sins.  Let’s not forget that.