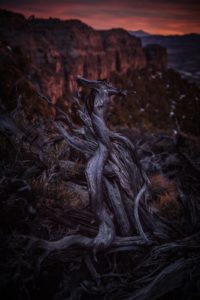 Near the end of his letter to Titus, Paul reminds his lieutenant of the very real danger of wolves who will seek to disrupt the kingdom work on the island of Crete.

The text is found in Titus 3:9-11: “But avoid foolish controversies and genealogies and strife and disputes about the Law, for they are unprofitable and worthless. Reject a factious man after a first and second warning, knowing that such a man is perverted and is sinning, being self-condemned.”

Paul’s words are a reminder to keep focused on the main thing, sound Gospel doctrine. The ministerial role is difficult–thorns, distractions, criticism, and wolves are all part of the daily grind. The challenge is keeping the main thing, the main thing: loving God, and building up the Church.

As the doctrine of the Gospel is great, and pours grace over the island of Crete there are three distinct theological distractions Paul addresses: foolish controversies, genealogies, strife and disputes about the law. In verse 8 Paul has described the proclamation of the Gospel “good and profitable for men.” Here, the debates on controversies, and genealogies are not profitable and produce no fruit; these are “unprofitable and worthless.”

Paul makes it clear that there are people in the mix of mankind who are trouble makers, and simply desire to derail ministries. There are those who continue to introduce controversies, “genealogies”– “authenticating” faith outside of real faith, and strife. Paul says to give them ample warning and be done with them, to retain them will cause disruption.

The NASB renders verses 10-11 as, “Reject a factious man after a first and second warning, knowing that such a man is perverted and is sinning, being self-condemned.”

We seek to extend grace, and yet, there are those who would seek to take advantage of that grace, and cause trouble. Grace only goes so far…

It is difficult to know if this “factious” posture is doctrinal or behavioral; it seems to include both. It is difficult to know if this man is a believer or an unbeliever, however, it addresses the kind of individual… the logical conclusion is that it seems to be both–anyone who is causing any kind of division within the sacred community. Sometimes we cannot rightly discern if a person is regenerate, but we can determine if there is any fruit, or if the behavior is in line with how a person should act biblically. The seeds of division and heresy are devastating to the Body. This promotion of division can be public, or subversively silent, behind the scenes, and yet, in either case tears the Body apart.

The idea in Titus is very much an abbreviated measure of Matthew 18, though Matthew is solely addressing disobedient believers the command is to shun them and treat those who promote poor doctrine or behavior to be cast out, rejected for the sake of the flock, because confusion is not something that fosters health in the sacred community. While there is tension because we want a person to come to Christ, or come back to Christ, we do not accept their detrimental behavior when it is intended to control, or destroy, or disrupt the work of the Lord.

The ESV translates these verses as, “As for a person who stirs up division, after warning him once and then twice, have nothing more to do with him, knowing that such a person is warped and sinful; he is self-condemned” (Titus 3:10-11).

This person who devises division is presented as “warped”, which communicates that one is perverted in character, not seeing straight, being mentally twisted, spiritually bent.  It is the idea of a piece of lumber or wood which has become so convoluted, and twisted that it is nearly irredeemable–so gnarled that without the work of the Holy Spirit they truly are irredeemable, which pretty well puts us all in the same camp, though not all are seeking the demise of Gospel ministry.

The term “sinful” means willfully and knowingly persisting in sin.  And “self-condemned” means that the actions of the person provide the basis for his or her own removal through their own antagonistic behavior–again, a parallel to Matthew 18. The warped person is in-the-present-tense sinning, and has brought about his/her own conviction.

In any instance, those who seek to infect the Body with poor behavior or doctrine should find no grace to do so. They are to be shunned, and rejected.  It is a relief and an act of protection for the flock. Paul says to have nothing to do with them, offer them no seat at the table until such point as they come into alignment. We leave the door open to repentance.

From here until glory people will be trying to destroy Gospel teaching, and abiding churches; they will endeavor to loft red-herrings in order to mislead. Real people. Real names. Real consequences. They ruin entire households (Titus 1:11). These people will drain our energy, and spiritual health.

Protection is a pretty common theme in the Scriptures. As shepherds over the flock of God, Ezekiel 34 casts a pretty strong admonition; we are to be a first line of defense to those over which we have been entrusted as stewards. Acts 20:28-30 carries that out to its logical conclusion:

“Be on guard for yourselves and for all the flock, among which the Holy Spirit has made you overseers, to shepherd the church of God which He purchased with His own blood. I know that after my departure savage wolves will come in among you, not sparing the flock; and from among your own selves men will arise, speaking perverse things, to draw away the disciples after them” (Acts 20:28-30).

“Drive out the scoffer, and contention will go out,
Even strife and dishonor will cease”– Proverbs 22:10