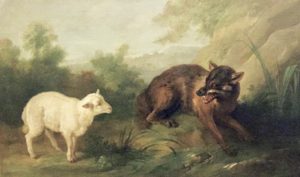 Make no mistake about it, evil is alive and thriving in the Land of the Free. We may not always see it, because it is so pervasive in our culture that when we stand looking it in the face, it doesn’t even move the needle anymore. We have become “comfortable” with it; but it is out there. What is evil? I would suggest evil is activity, which at the root is demonically championed and is intended to thwart God’s good order–It is that which seeks to make the divine straight, crooked.

I write this, not to sensationalize a story, but simply to communicate the reality of evil in the world, and its affect upon our lives (“For our struggle is not against flesh and blood, but against the rulers, against the powers, against the world forces of this darkness, against the spiritual forces of wickedness in the heavenly places” (Ephesians 6:12). Sometimes, I think we fail to acknowledge that battle even exists.  I would claim to have been face to face which such unfiltered evil 4 times in my life that I can clearly recall. Not the head-spinning, split-pea soup Exorcist type of demonstration, but a clear demonic evil presence just the same.

The first time was when I was a kid, around the age of 6 or 7, close to the time that I would make a profession of faith to follow Jesus Christ. I shared a bunk bed with my brother, I was on the bottom bunk and it was lights out for the night. I was sleeping on my back when I felt an arm come through the bed from underneath, just to my side, my right side. Once it had penetrated the mattress, it curled around my waist and sought to pull me back down, through the mattress below. It was clear that my body was not going to follow, and after just a bit, the presence left. Some may choose to dismiss this, chalking it up to the fanciful machinations of a youthful mind. I must admit, I still have trouble wrapping my mind around the entire incident, but, I do know two things: it did happen, and, I was not afraid. Looking back, the Lord was protecting me, it was as if it was the Lord saying, “Not today, Satan; this little lamb is Mine. Not today.”

The second time was while I was working construction on a secular musician’s mansion; I was on the second floor, when I heard the music begin to play in the studio below me. There was a deep dark spirit coming forth as their wicked words rose from underneath, yet is was more than the deep-seated oppression of mere lyrics. The “odorous” stench wafted throughout the building. Over the course of the rest of the day I continued to observe events around the house, and I realized that I was smack dab in the middle of evil, the place was steeped in it. As the day progressed, my brother witnessed to the man–No apparent response, but maybe a seed was planted. I appreciated that house in our rear-view mirror as we pulled away. Wow! The Great Shepherd is with me, even in the presence of my enemies. “Not today, Satan. Not today.”

The third time I felt the cool caress of evil was when I was on vacation in Hawaii. On a week-end drive my wife and I had pulled over to check out a “yard” sale. Things seemed normal, as far as yard sales go, but once we made it over toward the garage where a guy was sitting in a little room with the door open, things felt a little weird–like hair standing up on the back of your neck weird, a cold breath across my shoulders kind of weird; again, this was in Hawaii, balmy Hawaii. My wife and I kept moving toward the house. Once inside the house we looked at each other and asked, “Did you feel that?” We agreed that we had both experienced something sinister, and curtailed our time at the sale. We headed out, trusting that the Lord has made it clear that there were no bargains needed there that day. “Again. Not today, Satan; these are My sheep. Not today.”

The fourth time, oddly enough, was at a church leadership meeting where the elders had scheduled a meeting with a disgruntled individual who had left the church. It is, in fact, the only time I felt that I was staring right into the netherworld. I recall my fellow elders addressing the situation incredibly well, as the person levied some pretty confused rantings.  I could not believe my ears. Character was being assaulted. The fabrications being expressed were indeed lies, from “Hell,” from the Devil, or maybe just from carnal nature, but they were conveniently packaged to promote his own “holiness.”

My heart pounded; I realized that there was a very real and dark presence in the room that was not of human origin.  I believe that the Lord allowed me to see through a window: the Accuser, the Father of Lies was in full control of the individual, pulling every “marionette” string.  My heart began to race, and I began to visibly shake. Fortunately, I was seated at the far end of the table, off the radar. I thought to myself, “How could I have ever trusted this person?”

It obviously had me questioning my own theology. Was he an unbeliever? How was he, as a believer, able to transmit that level of spiritual darkness? How was he even able to do that?! Was he so spiritually blind that he could not see the truth? Was he willfully acting as a conduit to this level of deceit? Did he even know his willingness to be a pawn to the underworld? It was a rare time that I felt I was staring “demons in the face.”

It has taken me some years to digest the events. But, I have come to realize that evil is part of the package of shepherding the flock of God. Heresies, evil actions, ambushes, lies and distortions will never be in short supply in the Enemy’s arsenal. Satan is constantly seeking to devour the soft pink flesh of God’s flock. He uses any willing or unwise agencies to secure that ground. Looking back, I feel that God was allowing me to learn something of what it takes to be a true shepherd; a shepherd who is not a hireling, one who would not run. Rather, one who would see it through for the health of the flock, even at his own loss.

Such words of Jesus Christ are found in the Book of John:
“I am the good shepherd; the good shepherd lays down His life for the sheep. He who is a hired hand, and not a shepherd, who is not the owner of the sheep, sees the wolf coming, and leaves the sheep and flees, and the wolf snatches them and scatters them. He flees because he is a hired hand and is not concerned about the sheep” (John 10:11-13).

Satan was looking for a hired hand who did not care about His flock. Satan sent a wolf, to drive me away so the sheep may be scattered. I wish I could say that I pulled through with the highest of marks–that was anything but the case; but I did pull through–I did not leave. And, I am still here.

“Not today, Satan. This is His flock. Not today!”

Some pretty unusual events to say the least, but they did not, and they do not define me; I am who I am in Christ! In every case, God had me, all along He had me. He was allowing me to be tested, but He had me, dead center in the palm of His hand. He has authority over all the spiritual forces of darkness, yet, for His divine purposes He permits some levels of intersection from time to time. But, every step of the way He oversees His true sheep, His true shepherds, and His true flock.

“For still our ancient foe
Doth seek to work his woe;
His craft and power are great,
And armed with cruel hate,
On earth is not his equal.”

“The Prince of Darkness grim,—
We tremble not for him;
His rage we can endure,
For lo! His doom is sure,—
One little word shall fell him.”

“Not today, Satan. Not today!”