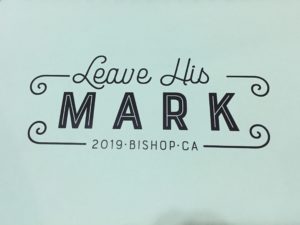 “And when He had taken a cup and given thanks, He gave it to them, saying, ‘Drink from it, all of you; for this is My blood of the covenant, which is poured out for many for forgiveness of sins.’” (Matthew 26:27-28).

These are the words of Christ as He was announcing the only true measure of atonement which would be yielded for the lost of the world. He was describing the foundation for those to come to eternal life through the work, the blood of Jesus upon the Cross. The divine covenant would be the only basis upon which salvation would be granted.

He is the Christ, the Son of living God, and upon this rock, upon this fact He would build His Church, and He has faithfully continued to do so for nearly 2000 years.

Certainly, He has accomplished this through many privileged notables, unlikely vessels through which He would be glorified.

They would include:
His group of followers inspired by the Holy Spirit who would pen the words of God.

Lives willingly surrendered at the stakes by edicts of unholy alliances.

The reformation years introduced some agents with a passion to return to the orthodoxy surrendered through some pretty dark ages.

Modern-day dynamos have helped to forge His Church through remarkable evangelistic efforts, missional efforts pioneering into hostile lands to share this great message.

Pastors in small hamlets across this blue ball would be building up through discipleship, so that more and more would be equipped to build up, more and more.

Yet, we would be remiss if we counted even this as the full corporate effort, or the full Body of Christ at work. More fruit would come through writing. Through art. Through music. Through prayer. Through encouragement. Through caring. Through meetings. Through cooking. Through revival. Through service. Through every open door of opportunity through which willing servants of Christ could be faithful communicators of the greatest truth for man. Not all work in the Kingdom takes place on Sunday.

How often did the redeemed serve in the dark alleys and byways, in seemingly forgotten lands, in disease infested shallows and narrows, at personal peril or loss of life? And how often did the faithful serve with little fanfare, absent the spotlight? What portion of grace is poured out through His Body 7 days a week!

Nearly a year ago Bishop Creek became stewards of a building, an outpost in Bishop so-to-speak from which to serve in our little corner of the world. It was a building constructed by people I never knew, and I can only dream of meeting in Heaven. A beautiful building cared for by many saints still living whom I know today. I applaud all those efforts. And it is now our privilege to act as custodians of this grand edifice. But buildings age, and this one was in need of greater “love” than many of us had to yield; it was over-whelming. We had need of grace.

And Christ was still building His Church.

A few months back I received an email. A blanket email from an unknown source, a youth pastor in Colorado asking if his youth group could serve in a summer missions’ trip in any capacity. Hmmm. Was this spam? I found out later that this email went out to 40-50 churches. He had prayed that the one church whom they were to serve would respond…and only one church responded…

Long story short: this last week we were the recipients of a full outpouring of God’s grace through this sister church in Greely, Colorado as a caravan of vehicles made their way to sleepy Bishop, to serve a part of the Body of Christ whom they had never met. Junior high, and high-schoolers engaged in all sorts of things imaginable. Time and space would fail me to list the width and breadth of service, but over 2000 manhours were poured out in service of every kind to our little family. Tedious. Exhausting. Mundane. Hard. We were not forgotten. And it was all to the glory of Christ. All without fanfare. Just the Body of Christ serving the Body of Christ.

No special brick in the side walk. No plaque on any wall. No marching bands to announce their arrival or departure. No Reporters. No confetti. No public accolades from dignitaries. Yet, the Father of all Creation saw it all – That was the desire all along.

This little church from another state had desired to leave His mark wherever they went, that the community of Bishop might somehow see the light of Christ a little clearer than before.  They lived out the verse in Colossians which says:

“Whatever you do in word or deed, do all in the name of the Lord Jesus, giving thanks through Him to God the Father” (Colossians 3:17).

And, they lived out the mandate to honor God with all the glory in the simplest of circumstances.

I preach grace – I just have trouble receiving grace. This week I had no choice. The imposition of grace was undeniable. Quite an example was issued by many young servants in the church. Servants which could have been doing anything else but spending their time in labor to others.