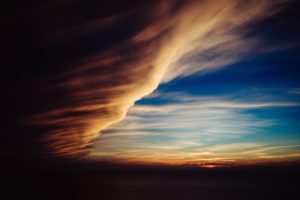 I am pretty sure that most people are aware of the tragedy that took place at the Sandy Hook Elementary School, when a disgruntled youth made his way onto the grounds and began indiscriminately taking the lives of young children and teachers. I have not heard an acknowledgment of the existence of evil in such unison for quite some time. But in the mêlée, I have often hard the cries, “Where was God in this terrible ordeal?”

My answer is simple. He was in the same place he was in:

When prayer was removed from the schools.

When the Ten Commandments were removed from courthouses.

When crosses were removed from “public lands.”

When the Bible as primary reading text from the classroom was removed.

When people openly rejected His Word on the walls of the government buildings.

When the people of this land openly rejected his will for their lives and placed their desires above His.

When Adam Lanza walked onto that campus with evil in his heart and began shooting, God was on His throne granting people the choice to reject him and his will.

People since that day have been up in arms about the right to bear arms, as if that is the problem. The problem is not guns, any more than it was manure which killed 168 people, and injured 800 more in Oklahoma City in 1995. It was not the subway in New York that took a life of an individual pushed into an oncoming train. No, it was evil mixed with the choice or free will to exercise it. No outlawing of firearms, subways, or even manure will solve that problem; the trouble is evil in the hearts of mankind.

I grieve every one of those lives lost, but is there a greater picture here than those 20 lives that is being obscured in the focus of Sandy Hook?…The answer is yes. Abortion. A monumental blunder in 1973 has paved the way for the elimination of more than 50 million lives. That would be about 1/7th of the total U.S population if they had been allowed to be born. In light of that, should laws be made illegal? Should laws be outlawed which permit governmental agents to kill unborn babies? They kill more than any other vehicle of death put together including all the wars of mankind. Those fetuses are lives too!

Where is God when each of those lives are being taken? He is on his throne allowing those who desire to perform such an egregious offense to take place; He is allowing his creation the freedom to make poor choices.

God doesn’t force us into decisions we don’t wish to make. He gives us plenty of leeway. Why is it we never cry “Where is God?” right before we take a vote in the senate, or before we make an important decision?…Why don’t we cry out, “God we need you now, come here and be a part of this situation”?…But for the most part we don’t. Our default is to bewail the absence of God only when we are looking to blame him.