(This was written a few years back addressing Election Day) 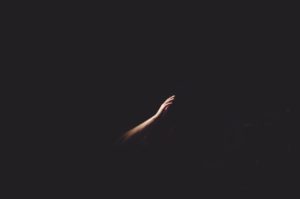 In the book of Judges in the Bible, there comes a time after the death of Joshua, where the Israelites find themselves in a state of darkness-spiritual darkness. “All that generation also were gathered to their fathers; and there arose another generation after them who did not know the LORD, nor yet the work which He had done for Israel. Then the sons of Israel did evil in the sight of the LORD and served the Baals” (Judges 2:10-11). Plain and simple that means that after their leader was gone, and the generation that had both seen the works of the Lord and followed Him had gone, the next generation began to serve other gods.

The book of Judges continues defining a wishy-washy, mostly washy relationship to God by the Israelites. Eventually by the time we get to Samuel there is a very interesting phrase in 1 Samuel 3:3 – “and the lamp of God had not yet gone out.” Interesting phrase and perhaps debatable as to what it means, but I think it is more a reflection of the favor of the Lord upon that nation, and to the spiritual health of Israel than to any actual lamp.

As I write this column, it seems clear that as a nation we are in darkness. We have forgotten the Lord God of all creation. And, the future is looking grim. I am assaulted daily by the toxic political fray that seeks to pull me in. Each camp predicts the victory of their candidate, each promises to infuse vigor and vitality into the American economy and thus, save the nation. And yet, I think of the lamp of the Lord. Where is our lamp in the United States? If it’s not out – it’s very very close.

Contrary to the historical mantra of Reagan, “It’s the economy, stupid!”, the problem of this nation is not the economy; it’s not the national debt, or the GNP, the amount of taxes or entitlements – the enemy of the people is of their own making, it is a failure of a spiritual nature. We have, and continue to do evil in the sight of the Lord, and unless that changes I have little hope of a national recovery.

In less than 100 days, we should know as a nation who it is who will occupy the White House for the next four years. Whether it is an elephant or a donkey, or some other kind of animal, it would certainly be naïve to believe that any candidate will be able to right a nation that has so willfully and deliberately failed to acknowledge God and that which he has imparted to us.

When we go to the polls on that Tuesday, we will not be voting on the God of the universe, or the way to salvation – we already know that from the Bible; it is through the work and person of Jesus Christ. As we are citizens of heaven, our Sovereign has forever been, and forever will be on the throne. The greatest decision before the country is whether we will nationally cease to do evil, turn back to the Lord and embrace the path He desires us to follow, and bow before that Sovereign. Our hope cannot be in any man; that would be unfair to him, to us, and certainly not right to God.

Without a right posture before the King of Kings we are headed into the abyss of darkness, complete and utter darkness absent the lamp of the Lord. But that’s not the way he wants it and yet, it is so clear to see our direction if we embrace the light.

Proverbs 13:9 “The light of the righteous rejoices,
But the lamp of the wicked goes out.”
May we, as His people, be the salt and light to a thirsty and dark world.