[An Article I wrote concerning 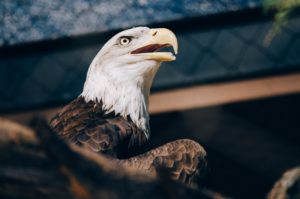 Across the landscape of humanity one would expect perhaps to see the depths of depravity in many areas of life, in the media, arts, in law, even in politics, but when the depths have so risen to the top it causes great concern and despair. We see that today America is at one of those points. The “options” for the chief office of the land did not affirm what they would, could do or should do, but only how their opponent failed, and how they did not. Sadly, the character of the candidates is disheartening. And so we stand looking anxiously into the murky abyss of future despair. And yet we seem to be slightly surprised that the depravity and hopelessness could have somehow crept its way into our country – depravity and corruption that would usually be reserved for third-world country dictatorships (no offense to third-world countries). How in the world did we find ourselves here?

This toxic porridge, this level of concern has bred much divide, divide among families, divide in households, in parties, marriages, schools, and even within the walls of the church. Somehow it seems that our foundations have been shaken to the core–there is an angst and uncertainly regarding our future. And yet, this age-old familiar pattern of failed leadership is endemic to mankind. The all too familiar words found in Scripture…“They did evil in the sight of the Lord.”

Look at a few examples…

“So Solomon did evil in the eyes of the Lord; he did not follow the Lord completely, as David his father had done.” 1 Kings 11:6

“Judah did evil in the eyes of the Lord. By the sins they committed they stirred up his jealous anger more than those who were before them had done.” 1 Kings 14:22

“But Omri did evil in the eyes of the Lord and sinned more than all those before him.” 1 Kings 16:25

You get the point! At least 20 other times that phrase is used. Yet, God executed His will; did he not?

I believe it is important to RE-calibrate the importance or magnitude of this election, even the entire political condition of the US. Not to heighten it but to put it into perspective with God’s plan and what he has already done. You see, many nations have risen, many have fallen and not once was God concerned about his sovereign will being done. God has worked out his sovereign will in spite of people a lot more depraved than any of the candidates. Not once was his plan in jeopardy, in question. Fall of the Roman Empire – No. Atilla the Hun – No. Black Plague – No. Civil War – No. WWI, the Great Depression. WWII-No, No, No.  And His sovereign plan was not successfully challenged on November 8th, 2016.

In Matthew 16, Christ says, “I will build my Church”. He will build His Church. The Kingdom of God is in no way dependant upon the United States, its political system or even the American Church for that matter. But He privileges us to partner with him in the Gospel; the Gospel’s success was based upon nothing less than the blood of Christ and His righteousness.

You see it is not about any candidate or sovereign other than Jesus Christ. It’s not about a better form of government. It’s about Christ…Always Christ! The Greatest Kingdom is not the United States of America, Rome, Britain or any other manmade kingdom. Without question, the greatest kingdom is the Kingdom of God – The Kingdom of His beloved Son.

When it comes to Election 2016 we obviously did not know who would win or lose. Likely the greatest loser of this election will be our nation, as we continue to lose the favor of God. So, in that respect maybe a winner is Satan in his plan to foster chaos. But don’t forget, God has used a lot worse people than these two to build his kingdom. God is going to use the outcome to build his kingdom, one way or another.

Election 2016 is still about the mission of Christ- His agenda. John 18:36-37 reminds us, “Jesus answered, ‘My kingdom is not of this world. If My kingdom were of this world, then My servants would be fighting so that I would not be handed over to the Jews; but as it is, My kingdom is not of this realm.’ Therefore Pilate said to Him, ‘So You are a king?’ Jesus answered, ‘You say correctly that I am a king. For this I have been born, and for this I have come into the world, to testify to the truth. Everyone who is of the truth hears My voice.’” What a simple yet, powerful purpose statement!

The Person through whom God looked to redeem the world is Christ. Not any man or woman!

The US has been influential along the way, but our citizenship, and our identity is in the Kingdom of Christ.

The agenda we embrace is truth, God’s truth. We are indeed privileged to be a part of that promotional process.

God’s agenda is sure and certain.

A Church that will thrive:

Focuses on God and realizes the true implications of His sovereignty.

Is a people of God who are focused the work and mission of Christ!

It is about the magnitude and totality of the work of Christ…the primacy of Christ!

Seeks to love his neighbor.