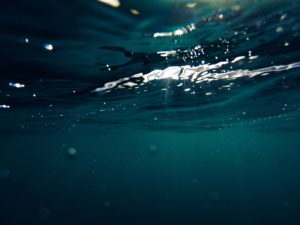 The default moniker for deity by most people is “God”. When people are referring to the Creator of the universe, a higher power, or any number of other proposed identities, the most common term referenced is “God”. Generally “God” would be considered the supreme being, moral creator and ruling authority of the universe and beyond. Whether in a monotheistic religion or even polytheistic one, the favored term is “God”, and this is no less used when constrained to the Christian faith, but “God” is not His name, it is more so His nature. So, did you even know that the sovereign, omnipotent, omnipresent, and omniscient deity of the Bible actually has a proper name?

The terminology referenced as in the Hebrew Bible was YHWH, known to us today as the tetragrammaton – (Greek for “four letters”). The ancient Hebrew texts utilized no vowels in the written form but “Yahweh” is thought to be the vocalization of the covenant name of God. The most common pronunciation is “Yahweh”, or “Yahveh”, but has often been pronounced as “Jehovah”, being transliterated from the German texts, though there actually is no “J” character or sound in Hebrew. However, as the Jews felt it lacking of respect to actually pronounce the name of God they often used the word, “Adonai” meaning Lord.

We first see this name given in Exodus 3:13-15 as Moses is charged with leading the Israelites out of Egypt, a most celebrated historical event:

Moses is asking, “When they ask of whose authority I speak, what shall I say?” God essentially declares, “Tell them, ‘I AM WHO I AM’”. Finally, in verse 15 the Name YHWH is revealed, in English translations as the term “The Lord”. What does that mean but that He is the essence of all being, the Creator, Sustainer, and Reason for all existence, superseding and superintending all that is. YHWH, the only true Supreme Being, is announcing to Moses a very special part of His divine nature in the revelation of His proper name.

In the ancient world, a name often carried with it some identifying characteristics. The word Yahweh is no different; God’s covenant name describes in part, God’s nature. There are no time restrictions placed in the Hebrew, meaning God is declaring His nature of being to be eternal, forever past, and forever future, and forever present; His nature and His name is the “I AM”. God, YHWH, is letting Moses know that He has been around throughout all eternity, through the patriarchs helping them, and now He is with the people to lead them out of Egypt. And, YHWH will superintend being throughout eternity!

Since God has a personal name, and has made that name aware to mankind, it means He desires to be known by us, to have a relationship with us.  When you are addressing the eternal, giver of all existence, remember that He is, has always been, will always be, and that your existence and relationship with Him is eternal, but only if you come to Him through another name, the name of Jesus.

His Son is only too delighted to introduce you to His Father!