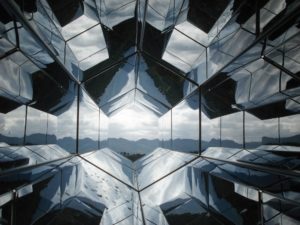 Genesis 1:26-27  “Then God said, ‘Let Us make man in Our image, after Our likeness’…So God created man in His own image, in the image of God He created him.”

Wow! Created in his image, but what does that mean? After all God is Spirit. The image of God does not mean that we are made in the physical likeness of God. It does mean that we share some of the characteristics, which He himself embraces. We were created rational with the ability to think and reason. We are relational. We are loving. We appreciate beauty. We are compassionate. We are emotional. We are eternal spiritual beings, though housed in a physical shell. And we were created pure, without sin.

Notice God says, “after our likeness.” He is not saying that we are made identical to Him; we are not gods ourselves. Though we were created sinless, something bad happened in the Garden of Eden when Adam sinned. Our image became tainted, distorted. We had been altered somehow. Our desire was for ourselves. Our moral compass was askew from true north. It is not difficult to see how this has affected mankind over the course of history. Now, we struggle with messed up thinking. We are more prone to selfishness and isolationism. We have trouble distinguishing right from wrong. Much of the time we don’t even care about right and wrong, we just want what we want. Our image is not the way it was designed to be; it does not as clearly reflect the image of God as it once did.

Fortunately for us there is a cure…Romans 8:29 says, “For those whom He foreknew He also predestined to be conformed to the image of His Son, in order that He might be the firstborn among many brothers.” For those of us who have been called to Christ, we are being transformed into the likeness of Christ. We are progressively being restored to that image of God.

It is a constant effort in life to allow God’s Spirit to refine us and bring us closer to that image. We are being changed into His likeness, from one degree of glory to another (2 Corinthians 3:18). However, in this present life we will not quite achieve that perfection. But we will get to that fully restored image when we get to heaven; Scripture gives us that promise in 1 John 3:2, “Beloved, we are God’s children now, and what we will be has not yet appeared; but we know that when He appears we shall be like Him, because we shall see Him as He is.”

So don’t forget to remind yourself, if you are a new creation in Christ, you are being renewed in true knowledge after the image of your Creator (Colossians 3:10) and that takes time. You are on a journey.

Be content, listen to God, and know that you are somewhere between two images!