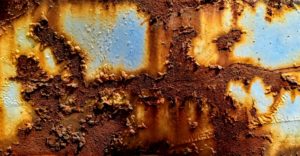 In 1 Timothy 3:15, Paul writes to his protégé, “but in case I am delayed, I write so that you will know how one ought to conduct himself in the household of God, which is the church of the living God, the pillar and support of the truth.”

Paul’s intent is to visit Timothy in person, but in the event that he is delayed, he desires to remind Timothy in this letter of the privileged position of the Church.

Paul makes an incredible assertion regarding the mission of the Church; it is to be “a pillar and support of the truth.” A pillar is something which elevates, or holds high for all the world to see something which is on top. To support is to be a rock-solid foundation of those truths.

We are to support or uphold that truth. The idea is that the Church is to be a buttress, or foundation upon which God’s truth is showcased. What is that truth? Well, at the pinnacle I believe that it is the Gospel, but the idea of truth encompasses all of that which embodies divine truth.

Timothy and the Church were to be the stewards of that truth, a truth which was being tested, challenged, and denied. Christians were intentionally and strategically stationed by God to be defenders of this truth, and over the last two thousand years, that has not changed. Truth is increasingly being challenged, and yet, the Church still has her privileged position.

The problem is that our culture, forever compressing upon this pillar seeks to erode that truth. One drop at a time, the acid drips upon the biblically revealed truth in an effort to dissolve God’s divine order. Not catastrophically, not rapidly, but deliberately, and consistently applied with the applause of the Devil to gradually erode God’s precious truth, the beacon to life.

Sometimes, it may even be the people within the walls of the church who are trying to take it down.
“Did he really say that?”

Gradually and increasingly, I see these acidic challenges upon the truth. One drop at a time, upon more and more fibers of truth. Think of the areas which are taking hits over recent years. And again, they are being volleyed by some in the church who claim to be seekers and advocates of the truth.

The fruit of their labors is that right and wrong are being “redefined” before our very eyes.

How are we to conduct ourselves in the household of God?…Lifting up and defending Truth. Living transformed lives before the watching world, and equipped to give an answer, the correct answer to a demanding world.

Followers of Christ have been asked to give up a lot: material possessions, desires, security of the world but we have never been asked to surrender the truth. From here to the end we have been called to dispel heresy, and promote the Truth. And Truth is that which corresponds to God’s reality.

Be on Guard. Stand your ground. Protect. Defend.

You have been placed as a sentinel to the greatest Truth of all!

And God is with you!